The Liberal Progressive's Strange Beliefs of Sentience and Moral Agency

I so far write mostly about the left, not because I like it but because here in New York City, progressive liberalism, a term which the far left wears as a skin suit, is the prevailing paradigm and understanding the left is key to understanding how and why things work here.

As I've posted before here and here, the liberal progressive tends to deny that human beings have any moral agency. That is, people cannot consciously make choices that are good or evil or act in their own best interests. One's nature is unchangeable and is determined by whether one is born in the dogmatically determined angel groups or in the devil groups of the left's materialist ontology.

It should be noted all liberal policies are designed to control human actions, for their own good of course, as only prog elites are smart enough to know what is good for us all. They, the leftist progressive liberal elite, are the smartest people on earth and are the only people smart enough to declare themselves the smartest people on earth. Everyone else, not belonging to the progressive elite, not only do not have moral agency but are programmable NPC (non-playable character) meat puppets that require constant their constant monitoring and guidance. Laws, rules and regulations and more laws, rules and regulations are the solution to every problem. If that doesn't work, then create even more laws, rules and regulations.

However, liberals do believe that some inanimate objects not only possess a sentience of sorts but have full moral agency. Again, this is based on the liberal progressive's emotional reaction, good feels or bad feels, to various inanimate objects. Needless to say, any human who possesses bad objects are classified as the left's devils. Here are two such objects:

The first item in this category has to be firearms. Guns not only kill people of their own volition but they appear to have a sentience and a will that can compel a human being holding them to kill other humans. A gun, a machine really, in fact has moral agency and in order to deter the thing from acting out it's homicidal tendencies, the liberal progressive tries to prevent humans from possessing firearms for their own good. Failing that, after each shooting, more gun control laws are passed and larger gun free zone signs are posted. It is in the hope that the humanoid NPC (non-playable character that leftists are and assume everyone else to be) with the gun will assimilate the new laws or notice the larger signs and communicate this to the firearm, who will then see the error of its ways and not kill people.

The second item is the internal combustion automobile. This class of vehicles, more often SUVs, seems to take some kind of delight in spewing exhaust fumes to passively kill people with pollution or global warming, or actively kill people, especially bicyclists for whom that the 2000 pound death machines have an unusual hatred for, by hitting them. To combat this, our glorious leaders will enact more vehicle and traffic laws in the hope that these new laws will be obeyed more by motor vehicles than the old laws. The liberal solution to all problems is always more new laws. At some point, one law will finally be obeyed by these machines.

Of course, none of the remedies the progs apply to these two items work as progs cannot really understand human nature. If one starts from flawed basic premises to solve problems then the solution will not work no matter how hard the progressive liberal attempts to force the square peg of human moral agency into the round hole of their materialist dogma. People disobey laws because they choose to, not because an inanimate object compelled them to. If people disobey one set of laws, adding new laws on top of the old laws will not deter them. You cannot cure people of their humanity. 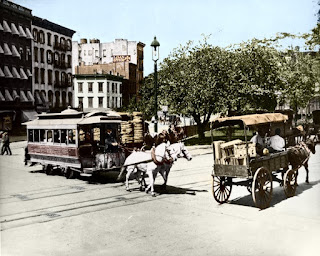