Nothing much to write about today as I've been kind of busy with other things so I'll leave you with this some photos from Flushing Meadows Corona Park known by the locals as The World's Fair and these are my own photos, by the way.
Back tomorrow hopefully with something better.

The Unisphere theme center of the 1964-65 New York World's Fair, Peace Through Understanding. The world is big but you can see through it and an impressive engineering feat of design and construction. Especially cool is how the three orbital rings are held in place by such thin wire lie the spokes of a bicycle wheel. 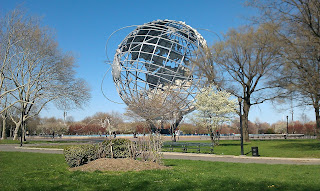 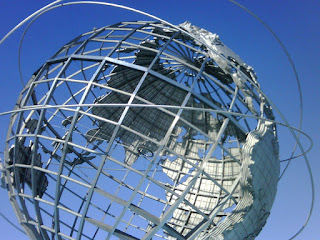 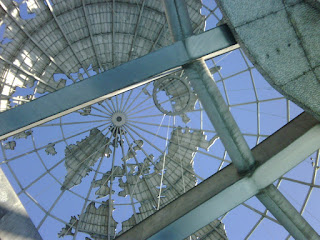 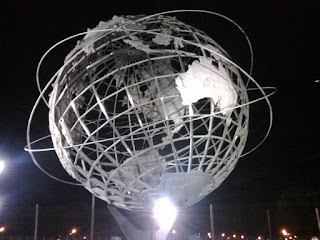 The New York State Pavilion from the 1964-65 New York World's Fair. The Tent of Tomorrow (the future and the space age being big things back then) and the three observation towers. 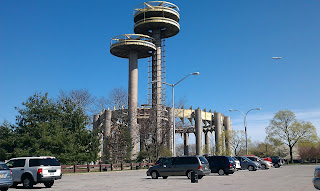 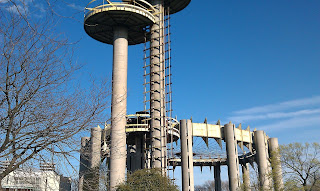 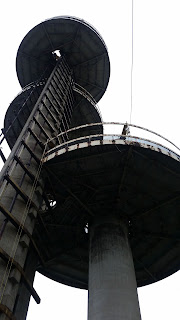 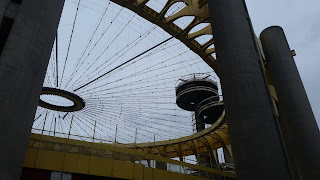 I sure wish I was born much earlier than I was so I could have seen the Fair for myself instead of just looking at the slowly decaying remains and some old photos. But I suppose watching over the remains of a more optimistic and forward looking past is what it means to be the Custodia Sepulchrum. I suppose somebody's gotta do it and it seems I'm the only one interested in taking on the job. If only there was a paycheck in it....