From time to time I comment on local blogs or about them, most notably the Newtown Pentacle not simply because its proprietor is a personal friend but because he is an intelligent and articulate writer who writes something worth reading. I may rip on Mitch a bit, a once in a while a shitpost in the comments but it's all in fun and I still respect him.

Then there's what may be our most famous local blog for reasons that hardly cover the residents of the borough with glory, Queenscrap.

I was never a consistent reader of Queenscrap and for the last year or so, looked at it even less but this popped up on the Twitter 'look at this stuff' e-mail the other day and that old morbid sense of curiosity reared its ugly head. That WTF sort of reaction and you just can't help but looking even knowing you'll regret it later. Yep.

At least it isn't about the Queen of Cringe, Sandy the Barmaid again. I'm trying to better myself.

Queenscrap, the blog for lefty rageheads to rant and disgruntled plebes to moan about their masters and rattle their chains in the comments section had its 13th anniversary on 12/13/2019. Huzzah!

Yes, 13 long years of ineffectual railing against the city powers that be, pathetic excuses about how the city does not have "muh real progresive liberals" who would set everything right and recently being the most shameless Sandy Ocasio-Cortez lickspittles, thank heavens, soldiers on.

And for the anniversary post, what does its current proprietor, that ragehead extraordinaire who goes by the handle of JQ LLC post? A paragraph or two about the blog's theme and goals with some thanks to the readers for their support? A blurb about how the comments section is a vital community forum where locals can bitch and complain about their elected politicians? Mostly to vent and feel better before crawling off to the pols on their bellies like the worms that they are to vote again for the same politicians. Well...no...instead we have: 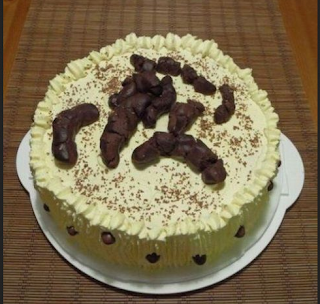 A cake with shit on it, man! Like Queens-crap, get it? CRAP? Hurr Durr!

This work of scatalogical ingenuity is the product of a debased sense of humor with the punchline liberally applied with a sledgehammer. Proof positive that social justice warriors/leftists/liberals cannot meme or make a coherent joke to save their lives. Indeed, it has the intended visual and visceral impact of a kick in the groin with the intelligent and subtle wit of the cake topping. Such is the level of discourse in the salons of Queenscrap . This is because progressive liberals, as neo-Puritans, are utterly boorish, humorless twats.

Your birthday cake is missing the candles, by the way. Just saying. Or was that intentional as the candles would that have obscured the view of the feces? 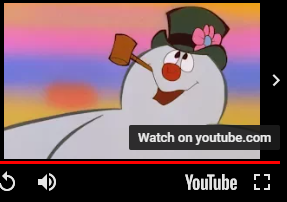 Is the average age of Queenscrap readers 7 years old or is that the average mental acuity of the readership or the blogkeeper? It's difficult to tell when reading the comments section.

If it was only this in the post, it could be overlooked as just goofy fun, something a chick would think up, but following the first excretion, it just seems to suggest a really weird kind of guy trying (and epically failing) to be twee and pull off a smooth recovery from the cake photo. Yeah, keep it lighthearted, man and nobody will mind the opening shot of grotesque vulgarity! 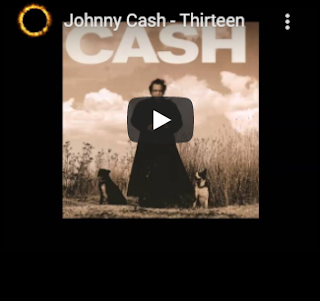 YES! The Man in Black!

So let's end this little rebus soiree on a high note, shall we? Y'know, just to let the readers know that  Queenscrap's got some couth for those who consider Johnny Cash a more highbrow form of entertainment. Like the country and western equivalent of Mozart or one of them other classical guys.
But if one reads the comments, except for a few, old regulars who have something intelligent to say, then Johnny Cash would be more fathomable than Mozart as 'Dick and Jane' books would be than Dickens or Tolstoy.

Be that as it may, the other problem with this post aside from its rude vulgarity is about how the post is only a big "happy birthday to me" with nothing else to say. This would otherwise be fine except that maybe say thanks to the readers who have made Queenscrap a popular and noted blog for the past 13 years. This is not a good look.